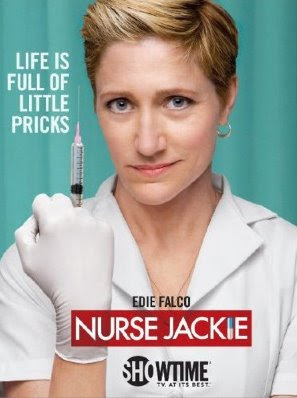 Kudos to Showtime for exercising the power of innovative synergy and making the pilot script of their new show "Nurse Jackie" starring Edie Falco available on the Kindle for free through August 31.

A June 1 article in Advertising Age reports that "Showtime may have finally cracked the code on using Kindle as an ad medium." Jon Haber, director of the team that works with Showtime's media shop Omnicom Group's OMD on the project, told Adage.com that they were looking at the Kindle "as a new concept platform that no one has figured out."

It will be interesting to see if they've figured out the formatting problems that have plagued screenwriters trying to transfer and read scripts on the Kindle. But for a network that has already gained a reputation for employing new media when it introduces new shows, it's nice to see the Kindle get a chance to show its versatility in a different way.

UPDATE: Received my copy of "Nurse Jackie" overnight and it looks almost perfect as far as the format. The only thing I've noticed so far is that the right side of the dialogue passages don't have proper indentation, but it's still quite readable.
Posted by Kindle Culture at 11:44 PM